This is my first post for our blog since someone got lazy doing it. I guess he was jealous cause he didn't caught anything.

Anyway after more than a week, we decided to fish again. It was actually a last minute plan.
So our 4.30am plan started late since someone overslept. Then we went to pick Mat up and guess what? He overslept as well. Nice 1.
Me and Chean decided to ditch him and we went fishing ourselves. =D
Mat did eventually joined us later on.

Earlier we went to look for live bait but everywhere was sold out. Wasn't our luck again i guess. We end up using our leftover fresh prawn as bait. After 20mins, not a single fish even took a nibble so we switched to using lures.

After many cast's with no luck I finally landed 1. The only catch of the day. =p
It was my first time catching a fish using a lure. 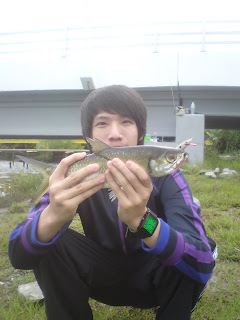 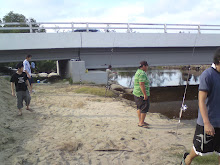 Warm welcome to our blog!

Mr.Smart fishing Crew consists
of a small number of anglers from K.B, Brunei.

The purpose of this blog is to share photos and information
of our captures and adventures from our fishing experiences.